Well, I am by no means an illustrator, but I try to draw some time to time, and this one is about staying home and feeling cozy in these hard times.
It is my first proper sketch done in Ipad Air, which lacks a bit of technical quality as I didnt know about pixels and how they worked in drawing apps.
Hope you like it as much as I do.

One would think within families, consisting of people who supposedly love each other, there would be no bullying.

But indeed it happens.

Families, with such intricate detrimental patterns, can become so hurtful towards one of their own. And it could stay invisible for so many years.

A family member (often a child) would be picked, to blame for everything that is wrong. Their voice would not be heard, often diregarded. They would known for their one dimensional ‘bad’ characters. A possibility of a defense would be diminished, a person that was a child at some time and raised by these bullying folks, would listen to the fairytales about how they are ‘bad’. If one doesn’t notice this pattern, it can become part of their sense of identity

Other family members feel good about themselves, since there would be another one that is ‘broke’. Think about a family of five, parents and three kids, and Joe is the one that is problematic. Joe is known for his problems in school. Joe is actively labeled as the bad kid, even though his two sisters occasionally come home with troubles, too. But because Joe has the label, his misbehaviors are remembered more, his stigma much more permanent. Everyone treats him as a bad one, and every behavior is judged in those terms. And most importantly, everyone is proud just for the fact that they are not ‘Joe’.

Parents wouldn’t need an introspection about their actions. Just like a movie with certain good and bad guys, you wouldn’t think too much about it. All lines are strictly drawn. This boils down to one easy logic: Joe is inherently bad.

Not our problem, it is actually his problem. Not our responsibility as he was ‘always’ like that.

Is he behaving bad? Nah, He is bad.

See what happens there? It creates a fake image of the family being good. Because of how bad Joe is, you can see how good the family is. With this blacksheep status, stories are told along the way. Even our neglected child gets into adulthood and leaves this little family system, still his relatives sees them as this bad kid. The stories are now myths, everyone ‘knows’ him. Every little action is interpreted from that little window.

Well, we are at our houses, so there is plenty of time to watch anything and everything. This time, I’m suggesting a drama based on real events. It is an original Netflix series , which I’m very fond of.

This series is actually an adaptation of the same name novel ”Alias Grace” (by Margaret Atwood) which takes place in 19th century Canada, Toronto. It is about a then public case of a maid convicted of murdering her two employers.

Meet our culprit, Grace, played by Sarah Godon. Story starts off with her, already convicted of her supposed crimes for the last fifteen years. Although she is in prison, with special order, she is summoned to clean the house of the governor from time to time. With the suspicions held, a psychiatrist is hired to do a ”psychiatric evaluation” ; so the final verdict can take place about her crime.

The series is extremely multi-layered, which makes it a masterpiece. However, what we can see from a psychological point of view is that how different practices of psychiatry has evolved throughtout the time. There are many scenes consisting of ”hypnosis” which is done to bring out Grace’s supposed different personalities or just plain ”demons”. There are real and quack doctors, impressing their audience with their ”tricks”. Their job is not easy as Grace’s symptoms look dubious, that doesn’t leave much room for certainty about her condition.

The character of Grace is to be remembered, thanks to the indepth analysis and the actor. Her intentions, feelings and use of words are realistic, none of the lines coming from her mouth falls flat in the story. Flashbacks happens as Grace talks to Dr.Jordan about her former life, going back and forth through past and present time as they talk. Her evident traumas are a question of doubt for her possible personality condition. However, there is also a implication that she might be deceiving people to think like that.

I suggest you to watch this series as soon as you have time. Don’t confuse your mind with the Imdb rating (7.8) which I feel as unjustly given. From historical ambience to indepth characters, this one is full of mystery and urges its audience to think more and more.

Hope you are having a nice day,

In these extraordinary times, there are few tips that you can do to help your general sense of psychological well-being. Here are four of them:

Most probably, with the self quarantine process, you lost your sense of control around your routine. Staying at home all the time is not normal for most of us. But it doesn’t mean that you can not create a new one. Remember that having a routine can help you to redeem your sense of control upon the things surrounding yourself. You can divide your time into parts and act accordingly. Creating yourself a new hobby especially would be helpful. Even if you are working from home, you can replace the time off from work with a new hobby. This can apply to a broad spectrum range of activities, only if it means you concentrate and do something that ends up as a product somehow.

If you have anything that is spritual going on your life, use it. This part would make you feel at peace and you can be more hopeful despite circumstances. The important thing in here is not the type of religion you are practising, but how much you benefit from it in terms of your well-being. It is a known fact that such practices can help you boost it. From different form of prayers to meditation, there are bunch examples depending on you.

Limit your sources about outbreak to reliable sources

It is important that you keep well educated about corona virus. But as resources are abundant, it is neccessary to differentiate between good ones and bad ones. Keep the feed of your social media restricted to the ones that is officially qualified / professionals in this particular subject to get knowledge. Otherwise, unknown or someone-said-something resources can be hurtful. It is crucial to not over worry about something that is not real and spend your energy on it.

Well, last but most important one is that you keep in touch with people in your circle. Everyone is going through the same thing and it is beneficial for you to share this experience together. It can also help you to strengthen your bonds. Don’t underestimate the power of video chats, do it. Especially if you are seperated from your close circle, it is important to talk in a regular basis. Try not to talk about only what is bad. It may be hard to change subjects but you still have your favorites: movies, songs, hobbies, preferences, inside jokes etc.

Remember these times are not permenant, only temporary

Good day to all of you.

The problem is that how we handle them; most importantly, how we express ourselves to the other individual: our wording of the problem itself. So today, we will talk about two common mistakes people do while in arguments.

USING ”YOU” STATEMENTS ONLY

Well this is the most basic one, but it is the core of other mishaps, too. What you do is that, while saying what you are not okay with, you use ”You” statements only. ”You did that” ” You forgot that” ” You made me angry” and etc. The intention in here is not to say never use that kind of sentences. To be fair, it is impossible to handle an argument without them.But, the more you emphasis on them, the more likely that you make other person defensive. Because it makes you seem agressive whether it is your intention or not.The problem itself is not the problem anymore, content becomes less important. Now the person next you is more concerned about how to protect themselves in the face of your intentional/nonintentional accusations.

The suggestion in here is to add more ”I ” statements. Talk about your feelings, what you felt because of that specific behavior. Convert your sentences, make them more about ”you”. Examples are like: ” I felt ashamed when you talked to me like that” ” I felt angry when you said that in front of other people”. Remember, noone can deny your feelings. Emphasing on your feelings not only makes conversation more smoothly but also looks sympathic.

It is important to understand the difference, as it helps you to predict the reaction of the other side. Implying that misbehavior is one-time only, would only create none to mild dissatisfaction within the other side. But, the other way around, again, becomes an attack on an individual’s character. So, don’t delve into overgeneralizing sentences when it is unneccassary. Use the first one.

That’s it for now,

Hope you are having a good day. 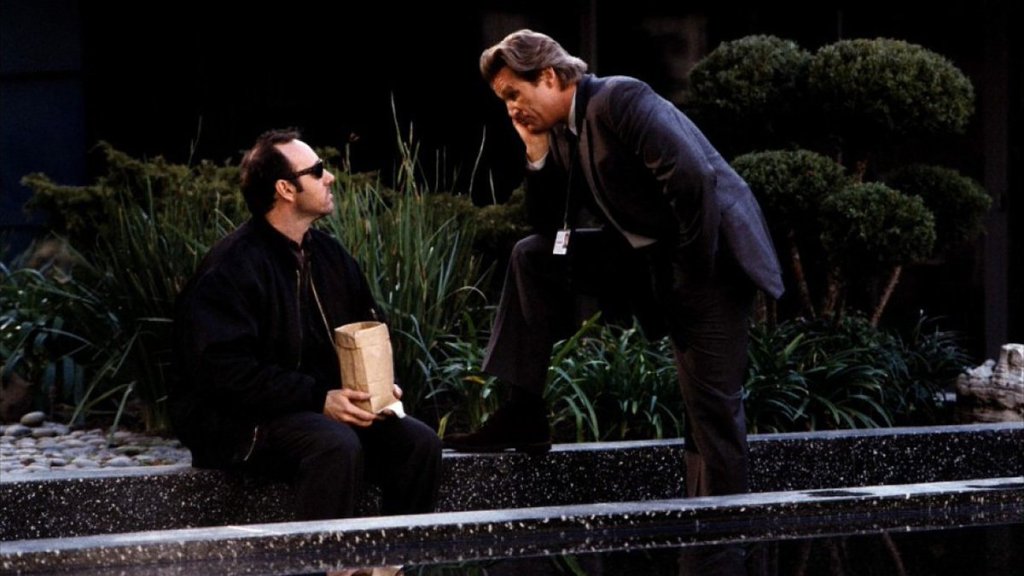 For those who are interested in mental issues, or wants to relate when watching a movie about them; this cozy yet serious film is a really good one for that.

It actually consists of many genres at once: you can find sci-fi, drama and comedy at the same time. The character ”Prot” , who claims to be coming from planet ”K-pax” is first hilarious then a serious one .

Don’t wanna talk about movie that much, obviously, but movie starts with Prot (played by Kevin Spacey) being found in a train station. No IDs, and claims like ” I’m not from this planet” quickly makes him end up in a psychiatric hospital where he meets Dr.Powell (played by Jeff Bridges). There he meets fellow patients, and befriends them all; even giving advice to them about their recovery. While this happens, Dr. Powell tries to uncover his background information, which hopefully would help with his treatment.

The movie deals with themes like love, trauma, lost and mental illness. Somehow, it manages to add ”Sci-fi” into recipe and it perfectly fits in. The movie itself is really amazing in many aspects, but for me there are ”that” scenes where Edward Shearmur’s music ( composer of the soundtrack) is really fitting with cinematography that you can get fused with it. The music is still in my Spotify list, and I fondly remember the scenes whenever I listen to them.

If you are going through rough times, where you felt alone as an human being, with a bunch of crowds and actually noone to talk or relate to; I recommend this to you. This movie is an unique gem, which can be a friend, if you need it to be.